You are here: Home > Posts > Bankruptcy of Ford, Heinz and Hershey

Today we’re going to look at 3 giants of the American economy who declared bankruptcy. One giant started his life as a watch-maker. This watch-maker pioneered a revolution in transportation and indeed his contribution is still with us in the world every day of the week. Our second giant started life as a farm boy and he sold vegetables. Today his condiments are still taking the world by storm and are used every day of the week. Our third giant is known to us because he made candy; or confections, for every day consumption and especially for special occasions where people would consume his products in large quantities.

What do these 3 giants have in common?

The one thing these 3 giants have in common is that they all filed for bankruptcy; they stumbled and had to be rebooted in order to obtain their goals. They need a “fresh start“, and because America was a new land we held the belief that everyone is entitled to a fresh start in life and this was a part of our American revolution. 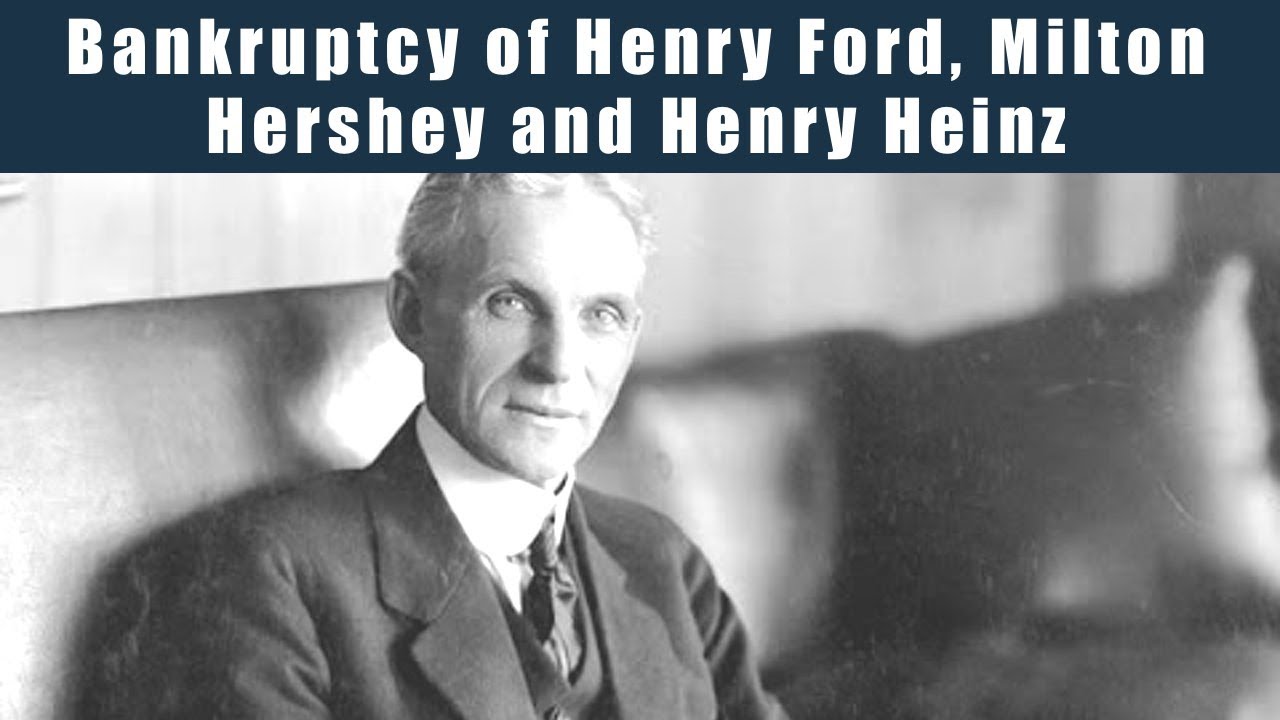 We have presented 3 famous people, or giants, who have suffered a reversal of fortune and because they were immensely talented and intelligent, they were able to rebound and greatly contribute to life and to their personal fortunes. Our 3 giants or stars, are financial icons and made a significant contribution to our world.

And once again, I’d like you to remember, that “success is getting up one more time!”