You are here: Home > Posts > Bankruptcy of John Connally

Today our featured celebrity that declared bankruptcy is John Connolly. John Connally is certainly an Irish name. We might think of John Connolly the Irish author, who wrote about a former police office who became a detective hunting for the killers of wife and daughter. You may think of His Excellency, John Connolly the Second Bishop of New York from 1814 to 1825. Or you may think of John Connolly, the FBI agent who was imprisoned for racketeering and obstruction of justice; charges stemming from his relationship with the Winter Hill gang and James “Whitey” Bulger.

Today we’re going to be covering the John Connally who was a passenger in the car in which President Kennedy was assassinated. Our John Connally was the 39th governor of Texas and was Secretary of the Navy under President Kennedy; Secretary of the Treasury under Nixon and in 1973 he switched parties and became a Republican and unsuccessfully ran for the Republican nomination for President in 1980. 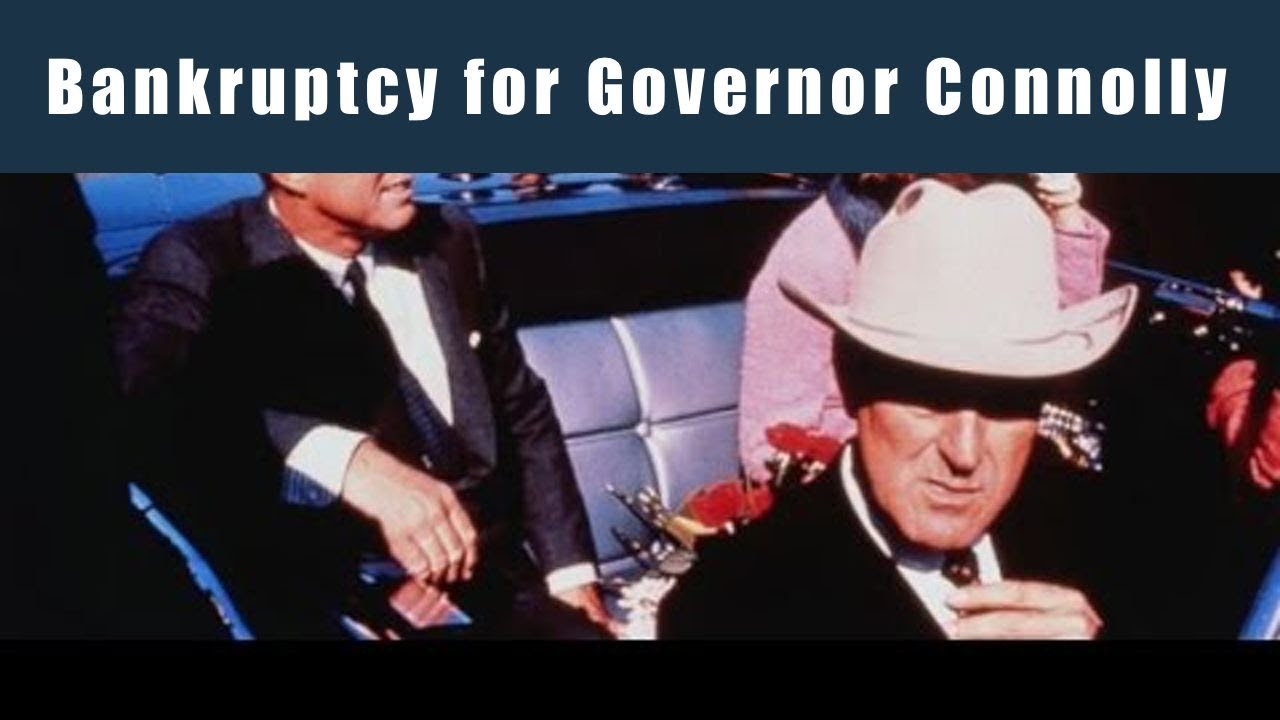 What did John Connally have to say the day after his bankruptcy when his personal property was being publicly auctioned? Quote: “Our perspective changed for all time on November 22, 1963. When you come that close to your hereafter, I assure you that you think about what’s important in life. What’s important are your family, your friends, your children, and grand children, and your maker, not material things. Money has never been an idol of mine. I’ve never devoted my life to making money; never will. The accumulation of wealth is not necessary a measure of success. I know people with a lot of money. Some have inherited it, some got it by good luck. Many of them, I don’t have any respect for at all because I don’t think they’ve done anything with themselves or with their talents. I know a lot of people who don’t have any money, who I greatly admire. They use their hearts, their minds, and their god-given talents to the maximum they can”.

After his bankruptcy, John Connally and his wife continued in a very positive lifestyle.

I’d like to say it again for our readers, and hope you remember that “success is getting up one more time!”